The significance of Poson Full Moon Poya Day in SL The story behind the sunflower strap Do you know the story hidden behind the sunflower strap?..
Read More

No Time to Die No Time to Die is the latest upcoming spy movie and the 25th milestone of the James Bond 007 movie series produced by Eon Productions which is going to be..
Read More

Save water save life Water can be elucidated as one of the most valuable gifts bestowed to man by nature. Almost every living component on earth is made of water.
Read More Thylarctos plummetus known as The drop bear is a large, arboreal, predatory marsupial which is related to the koala.
Read More Australian or Indo - pacific Box jellyfish (Chironex Fleckeri ) is known to be another most venomous marine creature known to mankind as its sting is often fatal.
Read More The Cassowary are ratites, very large and flightless birds, in the genus casuaruis native to the tropical forests of New Guinea, nearby islands as well as the north - eastern Australia.
Read More Genus - Hapalochlaena or The blue ringed octopus are perhaps three or four octopus species that lives in the tide pools as well as the coral reefs in the Pacific and Indian Oceans,
Read More Pseudonaja reptile or we say the eastern brown snake, is a species of genus Pseudonaja. This snake is considered as the second most venomous land snake based on its lethal dose of a 50 percent of val
Read More The great white shark, also known as White pointer, The great white or White death, is a species of a Large lamniform shark which is found in the coastal surfaces in almost all major oceans.
Read More A tracinae , commonly known as the Australian Funnel Web Spider , is originated from the family of the Hexathelidae. These sydney funnel - web spiders are one of the most dangerous
Read More Photographs of animals killed or seriously injured in car collisions while passing through roads, parks and reserves are not uncommon today.
Read More

"We must continue to wash our hands and put on masks" A Sri Lankan doctor living in Britain says he is fortunate to be among the first recipients of the vaccine developed to combat Covid-19,
Read More

Indonesia is set to launch a rocket to build Elon Musk's SpaceX business. Indonesia, a Southeast Asian country, is already in talks with Elon Musk's Tesla regarding an electric battery partnership.
Read More Professor Malik Peiris, the world's foremost virologist says there is no evidence that the virus could have entered the groundwater as a result of burying someone who died of the coronavirus.
Read More 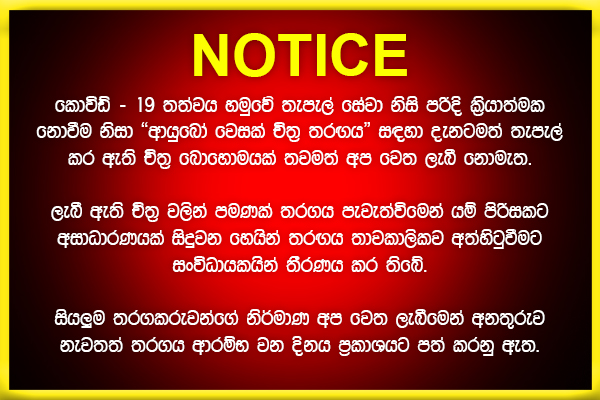